The property consists of a 5 storey tower house incorporating part of a 13th century castle.   The upper two floors of the tower were altered in the 17th century.  In the mid 18th century the castle was enlarged to form a classical mansion.  This was remodelled in 1885 in the Scottish Baronial style by Kinnear and Peddie.  A large part of the house was demolished in 1953.  The tower, the central bay with bow window of the classical mansion and the gabled attic remains.  The building is unroofed.  A 13th Century ‘piscina’ survives.

The proposed building restores the footprint of the earlier Georgian building by adding a rectangular shaped wing alongside the central bay with the bow window.  This West wing measures 16 meters long by 8 metres wide and approximately reflects the size and footprint of the surviving tower.  The gap between the existing tower and the new wing remains transparent and becomes the circulation space for the main internal staircase.

It is proposed to clad the new West wing in stone that matches the existing.  It is proposed that the stone will be rough hewn and cut into large slabs that will then be suspended onto the concrete structure of the building.

The stone slabs will generally be 1.0 meters wide and from 1.0 meters to 2.4 meters high. The appearance of the new building will be similar in that the material will be the same but construction technique and detailing will be different.

The roof and walls of  the stair hall (the gap) will be constructed from frameless structural glass.  This will emphasize the solidity of the two wings on both sides and form a heat and light trap on the south side of the building. 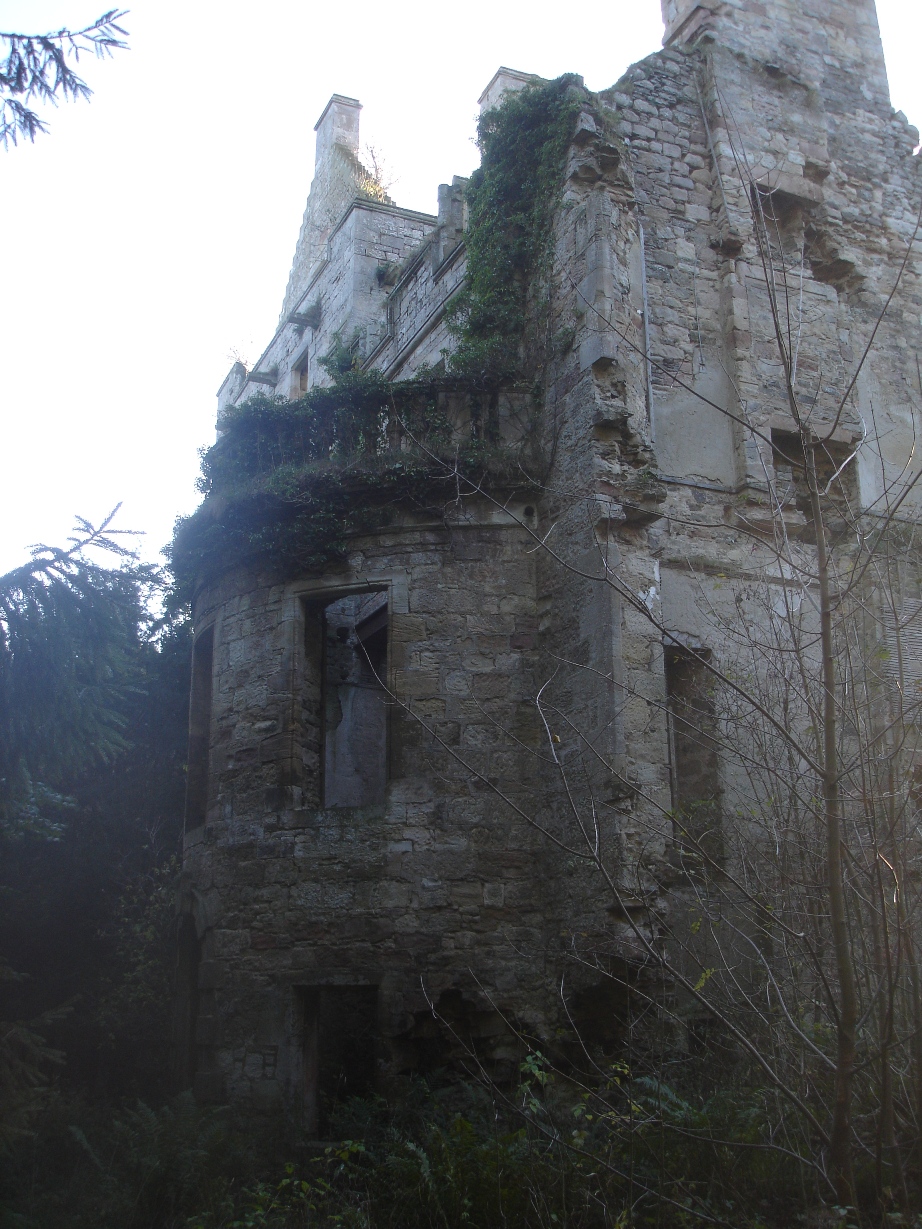 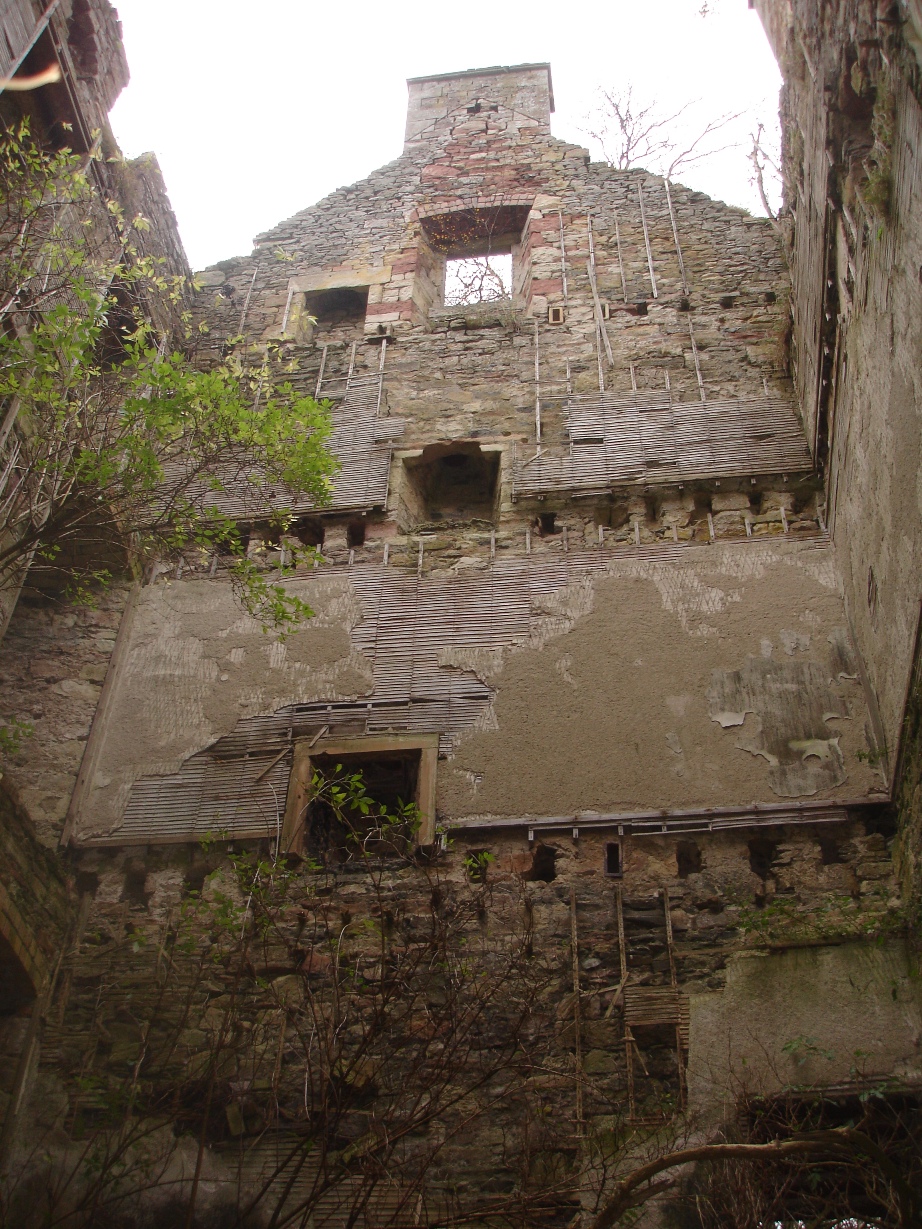 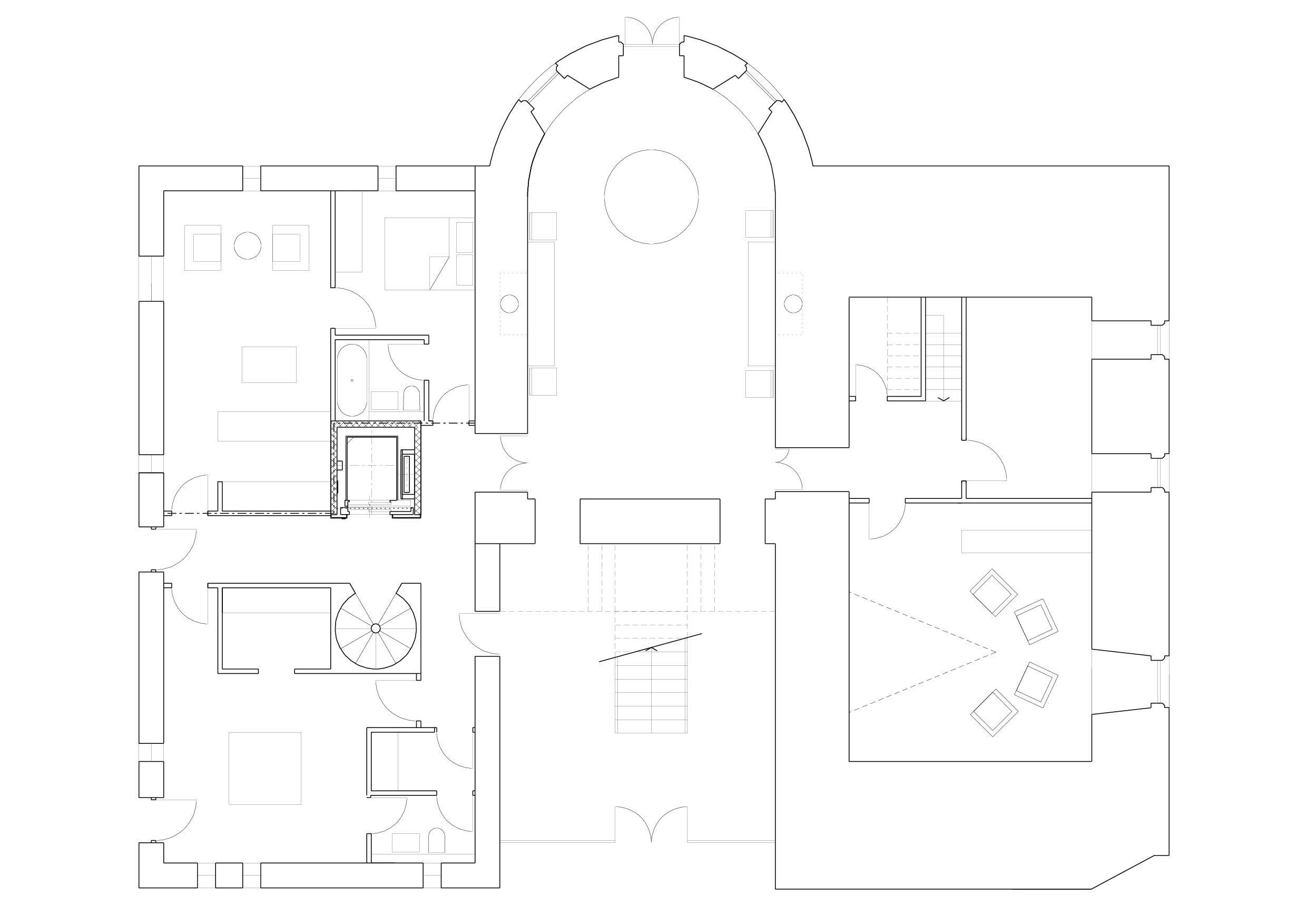 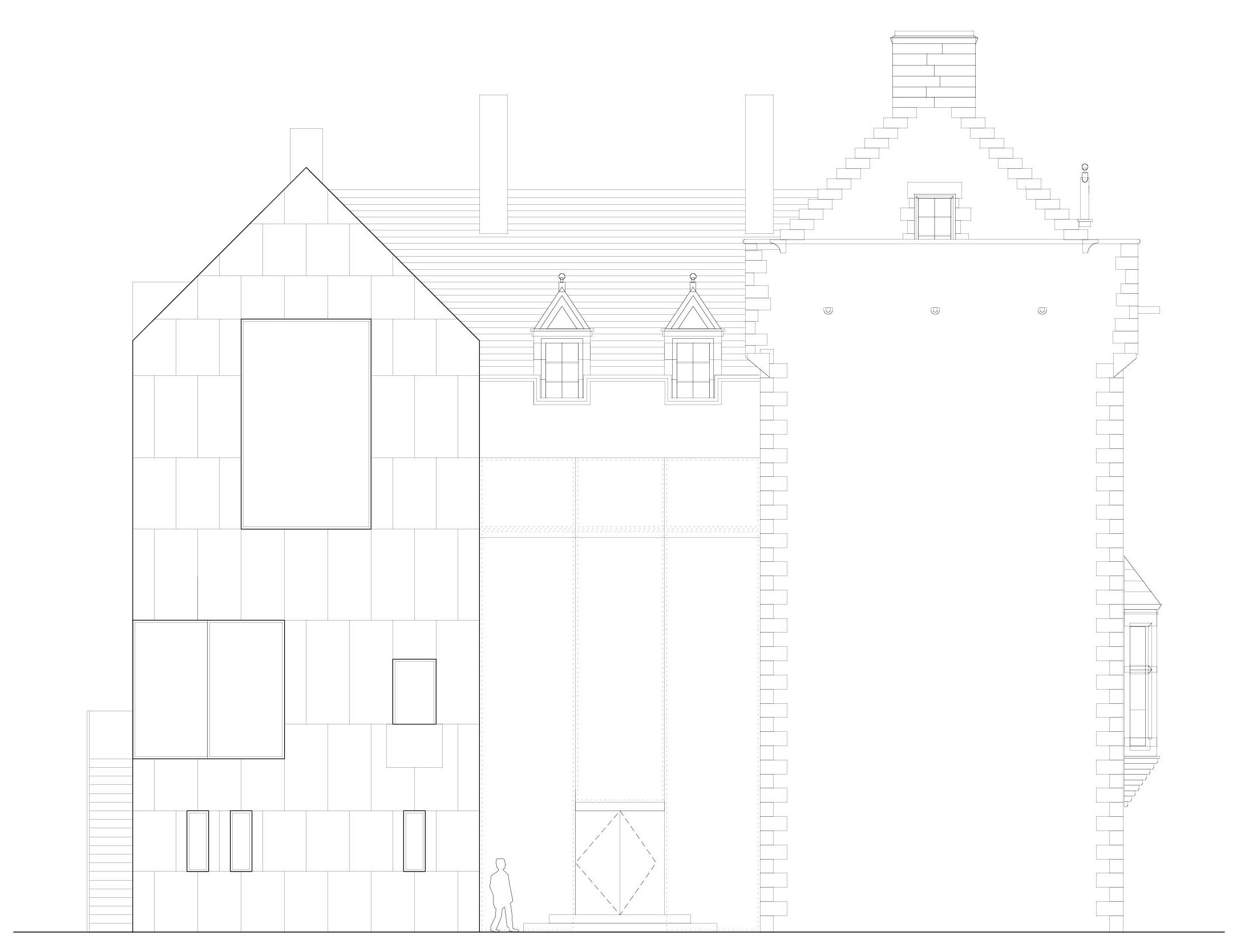 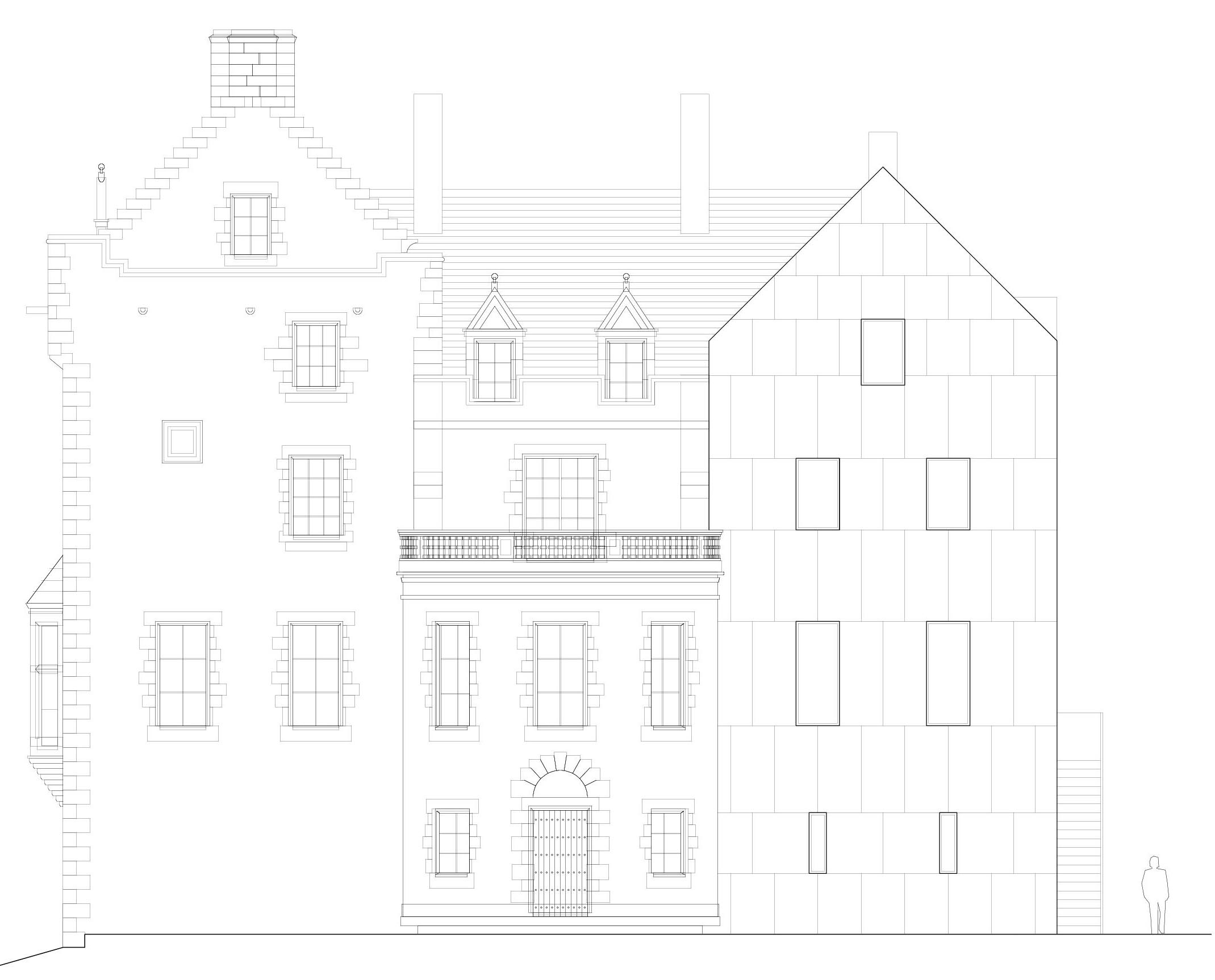